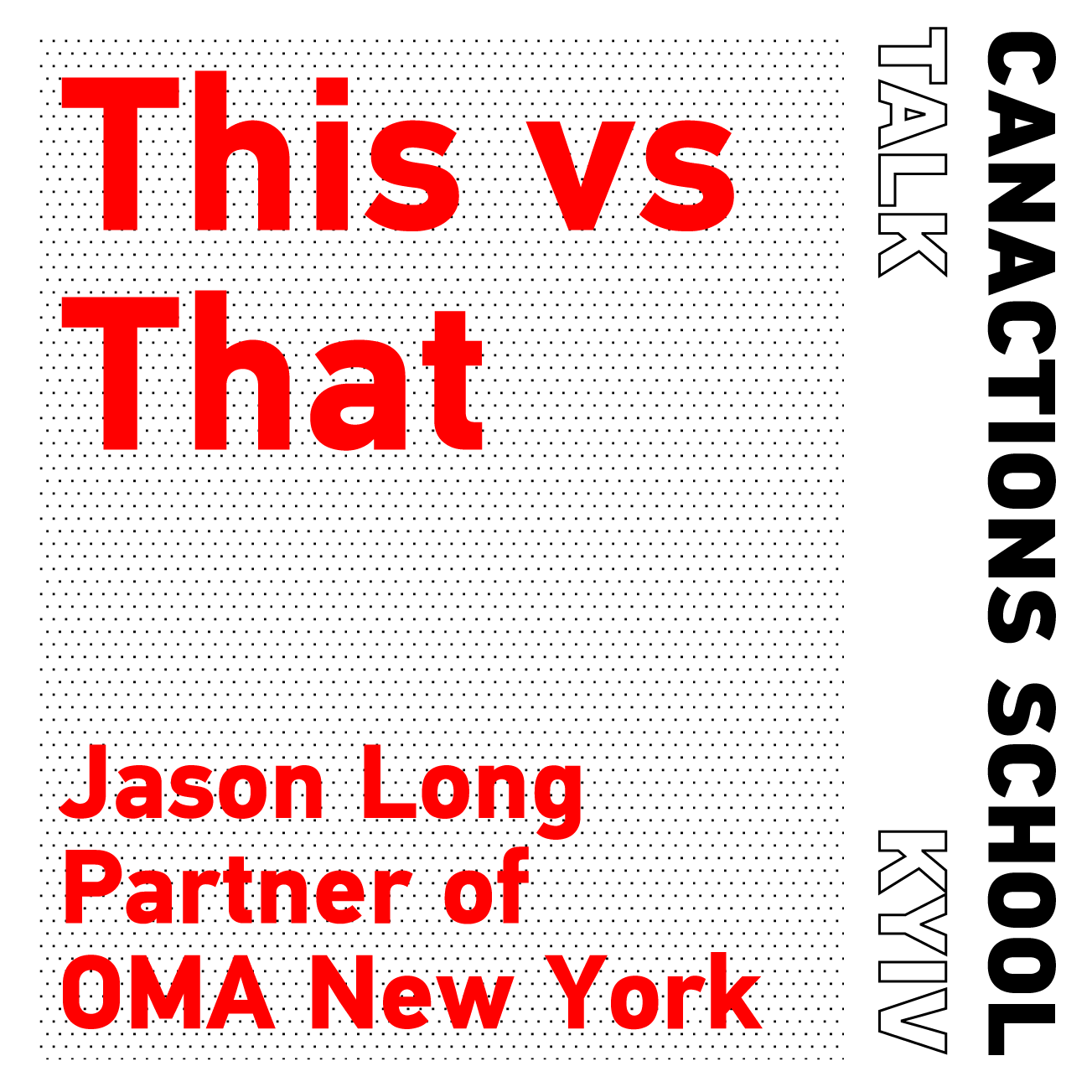 TIME & DATE
18:30, 24.01.2020
ENTRANCE
admission by registration
(registration is closed)
LANGUAGE
English, Ukrainian
LOCATION
America House Kyiv
Mikoli Pimonenka, 6 Kyiv
The only thing we agree on today is that we share a divisive time. Evidence, logic and persuasion are increasingly impotent in public discourse and even private thought. What do architectural visions mean in a time of division? Architecture is a blunt instrument that tends toward black and white positions (old vs. new, open vs. closed, fixed vs. flexible)—could it (ironically) be well-suited to un-subtle times?

Jason Long presents OMA's recent projects in adaptive re-use, housing and public space. From residential towers in a rapidly changing Brooklyn neighborhood, to a new public park that will cross the Anacostia River in Washington, DC, OMA's U.S. office is increasingly active in both private development and public works. Jason will discuss how these projects confront, intentionally or otherwise, seemingly unresolvable divisions.

Jason is a Partner at OMA, based out of the New York office. Since joining the firm in 2003, Jason has brought a research-driven, interdisciplinary approach to a wide range of OMA's projects.

From concept to completion, he served as project manager for a new national museum in Quebec City and the Faena Forum in Miami. Currently, he is focused on a number of adaptive reuse projects including a mixed-use hub in Houston, a New York City synagogue, and a University of Toronto administration center.

His portfolio extends to residential development, including The Avery in San Francisco and Greenpoint Landing in Brooklyn. Jason is also leading three projects in Washington D.C.: the 11 th Street Bridge Park; a masterplan for the RFK Stadium Armory Campus; and a streetscape design for Washington D.C.'s convention center. In addition, he is designing a multi-level restaurant within Los Angeles' new First and Broadway Park.

*With the support of U.S. Embassy Ukraine.